This is a finding aid. It is a description of archival material held in the Wilson Library at the University of North Carolina at Chapel Hill. Unless otherwise noted, the materials described below are physically available in our reading room, and not digitally available through the World Wide Web. See the Duplication Policy section for more information. 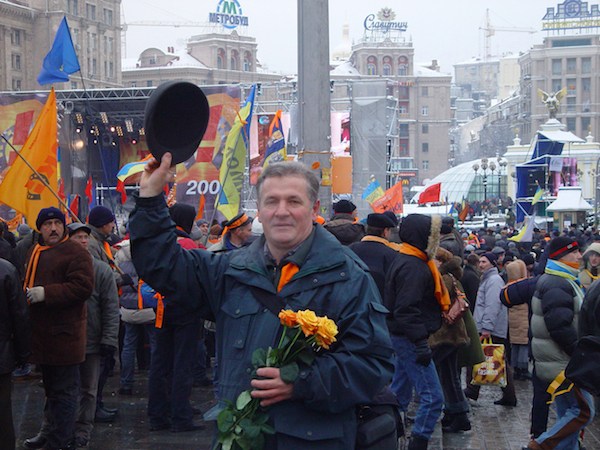 Copyright Notice
Copyright is retained by the authors of items in these papers, or their descendants, as stipulated by United States copyright law.

Alternate Form of Material
Original image files are in the Carolina Digital Repository.

Acquisitions Information
Received from Zbigniew Bujak in May 2013.

Sensitive Materials Statement
Manuscript collections and archival records may contain materials with sensitive or confidential information that is protected under federal or state right to privacy laws and regulations, the North Carolina Public Records Act (N.C.G.S. § 132 1 et seq.), and Article 7 of the North Carolina State Personnel Act (Privacy of State Employee Personnel Records, N.C.G.S. § 126-22 et seq.). Researchers are advised that the disclosure of certain information pertaining to identifiable living individuals represented in this collection without the consent of those individuals may have legal ramifications (e.g., a cause of action under common law for invasion of privacy may arise if facts concerning an individual's private life are published that would be deemed highly offensive to a reasonable person) for which the University of North Carolina at Chapel Hill assumes no responsibility.

The following terms from Library of Congress Subject Headings suggest topics, persons, geography, etc. interspersed through the entire collection; the terms do not usually represent discrete and easily identifiable portions of the collection--such as folders or items.

Clicking on a subject heading below will take you into the University Library's online catalog.

Zbigniew Bujak was born November 29, 1954, in Lopuszno, Poland. He was a labor organizer and Solidarity activist in the 1970s and 1980s. He contributed to and distributed the then illegal Solidarity publications and other underground literature and organized a variety of strikes and civil resistance actions. He was involved in the leadership of the Solidarity movement and participated in the Round Table Agreements alongside Lech Walesa, Adam Michnik and other opposition leaders. In 1986 he received the Robert F. Kennedy Award for Human Rights. Bujak was twice elected to the Polish Parliament in the 1990s and served as chief of the Main Tariffs Office in the government of Jerzy Buzek from 1999 to 2001. In 2011 he was awarded the Grand Cross of the Order of Polonia Restituta.

The Orange Revolution was a series of peaceful protests against government corruption that took place in Ukraine between November 2004 and January 2005 in response to a contested presidential election between Viktor Yushchenko and Viktor Yanukovich. The opposition accused the authorities of rigging the election in favor of Yanukovich as well as other corrupt practices. The result of the two-month long civil resistance campaign was the annulment of the original election results and a re-vote, in which Yushchenko emerged as the clear winner. The protests ended with Yushchenko's inauguration on January 23, 2005.

The Zbigniew Bujak Orange Revolution Photographs contain images taken by Bujak during his visit to Kiev (Kyiv), Ukraine in late November and early December of 2004 during the Orange Revolution. The majority of the photographs were taken on and around the Central Independence Square (Maidan Nezalezhnosti or Maidan), which was the focal point of the protests. The collection includes 539 digital images. The collection is composed of images taken with digital cameras and scans of photographs taken on 35mm roll film.

Images depicting scenes from the events held in the Central Independence Square in November and December of 2004 during the "Orange Revolution" in Kiev (Kyiv), Ukraine. Subjects include protesters and signs; speakers; conversations; monuments; living conditions; communication; fashion, celebrations, and women.

Diacritics and other special characters have been omitted from this finding aid to facilitate keyword searching in web browsers.

This collection is primarily born-digital and original files have been deposited in the Carolina Digital Repository. The collection has been arranged, described, and access versions of the images have been made available in this finding aid.